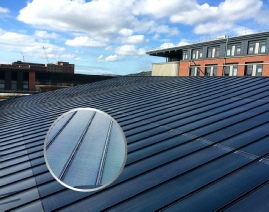 anufactured in the UK and using the very latest CIGS technology, the flexible PV films are laminated to the metal roof panel and incorporated into the roof during construction.

requires no framework or bracket system. The solar panels are not fitted to the roof – they are part of the roof. With efficiency levels that match their crystalline rivals, the thin film

option offers the building designer a solar panel system that is sympathetic to his choice of roof.

Inverters are hidden, fixed to the underside of the laminate, and remove the need for any visible cables or wires on the finished roof. 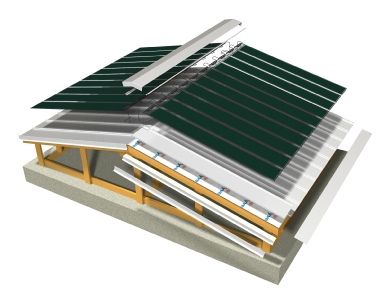 Since the launch of

over 20 years ago, the Bradclad Group has always 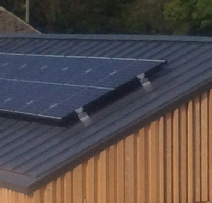 future, developing new ideas to keep their product range at the forefront of the roofing industry.

Early solar panel systems, based on crystalline technology, have been fitted after the roof system was installed, using a structural framework. This is often costly, slow to install and results in a solar panel system which imposes itself on the building.

Now, through a partnership with BiPVco in the UK,  Bradclad are able to offer roof panels with an integrated PV thin film solar panel system. 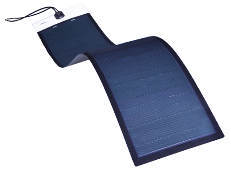